A Personal Note
from Georgena

In the short span of less than 4 years, my brother, father-in-law, mother, father, and teenage son died. My brother and son completed suicide, so these unthinkable deaths were accompanied by deep guilt. I believed if I’d seen their pain and done something to stop them they wouldn’t have died.

My son Reed was just 15 when he took his own life.

Reed was literally so embarrassed, he wanted to die. He was handsome, sensitive, gifted at math and visual arts, an athlete, and charismatic leader. As a ninth grader, Reed planned to letter in 5 sports during high school. He clearly had hopes and plans for a bright future. Reed had been drinking with friends and got caught. He failed a breath test and was suspended from school for three days, plus banned from the basketball team for the remainder of the season.

Reed had never before failed publicly like this. His embarrassment was so great, he couldn’t live with the shame of it. He had lost face for the first time in his life. When Reed was upset, I had learned to leave him alone. I’d learned that when he was like that to just leave him alone.

So, I comforted his girlfriend instead. Reed ran home, leaned over the barrel of his granddad’s shotgun and pulled the trigger.

He literally lost face and died of what I now call impulsi-cide.™ Reed impulsively completed suicide because the pain he felt in that moment was greater than his plans for the future.

With the help of my faith, family, and friends who loved me, I began my grief odyssey. It wasn’t easy. I learned to move from being shattered to wholeness. To restore my life, return to living fully, and find happiness again.

I was unable to love myself because I believed that I had failed to guide my son safely through adolescence.

I had to recognize and own my grief.

Grief isn’t a “problem” to fix. It is a process. Grief can be a gateway to growth when we do the work of being with it. It reveals our deepest emotions and reactive, habitual beliefs and patterns.

I know first-hand that when we resist embracing our grief, physical and mental illness may occur. I was overwhelmed by depression for six long months after my brother, Mark’s death. After Reed’s death, I dove deep and leaned into my sadness, guilt, and longing. Of course, some days I was overwhelmed by the grief and trauma in my body.

Finally, when I learned to communicate with my grief through the Rubenfeld Synergy Method®, I discovered grief as the transformative teacher it truly is.

Through extensive study, I discovered that grief lives within us.

If you had a flat tire, would you fix it with your bare hands? Of course not. You would go get the necessary tools and support of another when required. As a Certified Rubenfeld Synergist ®, I began to teach the tool of Somatic Grief Release© to mothers like myself. I cradled and supported them as they became aware of the aches, pain, tension and foggy, missing places in their bodies. Each was a facet of their unique grief.

By learning to listen mindfully to themselves by leaning into their grief, they were empowered to mourn intentionally. Releasing intense emotion from their body, they moved from their fearful mind down to their loving heart. They no longer had to think their way out of grief. By learning to listen to the language of their body, it became the bridge to release the anguished thoughts and emotions of grief.

These mothers felt their child move from ‘out there’ back into their heart. With embodied connection, these women could return to life experiencing radiant joy.

My current clients are people crushed by death and divorce, drowning in the shame of being jobless, unsure if their cancer is really in remission, opening to the possibility of a loving relationship and simply wanting to move forward in their business with clarity, confidence and ease. Discover what is keeping you stuck and the powerful guidance within you to move beyond your loss.

Discover what is keeping you from Inner Wellbeing to move beyond your loss to a life you love.

With love and intention,

Each of these trainings and her own personal journey through complicated grief has informed the processes you will experience:

Once you realize you are immobilized and demand to get your life back, we have an array of brain-based, body-mind tools, and the expertise, insight, and decades of experience to help you. 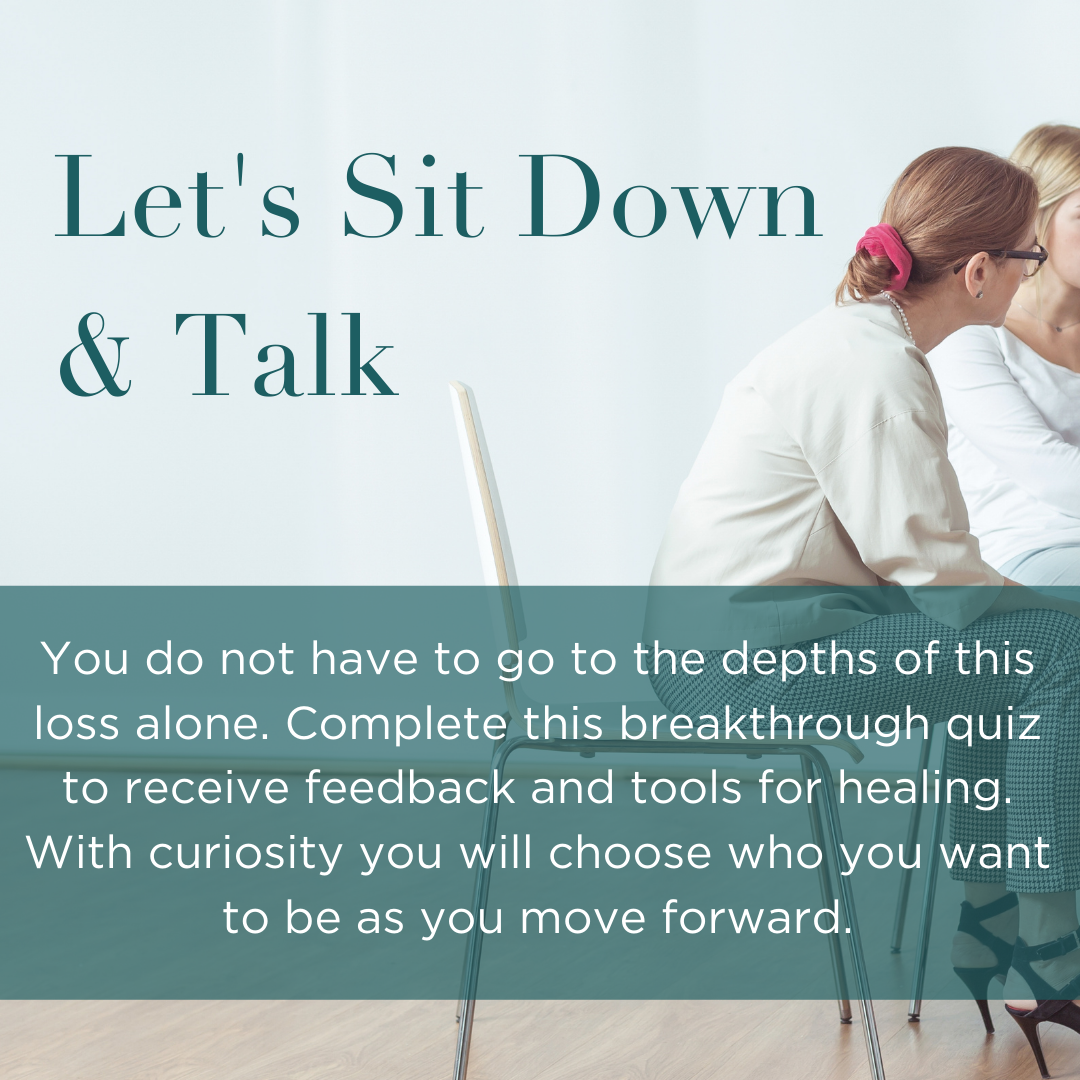 Book a session with me 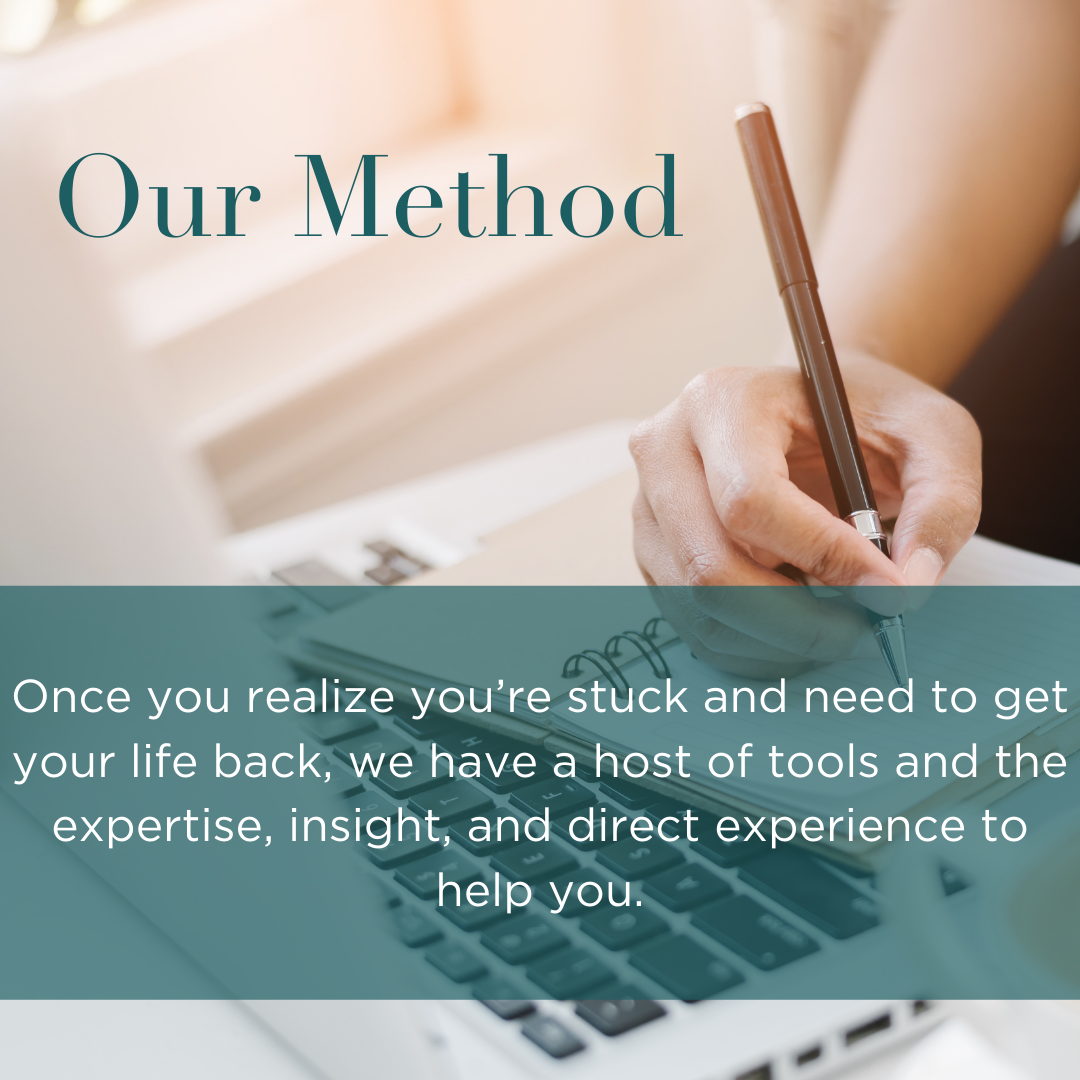 Take a Peek at What Our Clients Say

“Georgena supported our employees with grief therapy after a sudden death to one of our own. Following this event, we heard and saw the value of offering regular general employee assistance/therapy on-site. She now visits our facility once per month with open office hours.

Employee mental health is critical to their happiness at work and at home. We greatly appreciate the time and energy Georgena invests with our staff. Thank you, Georgena..”

“You have helped me get my fears and feelings out. I know that I am normal because grief is a slow process that may take a while.”

“You have provided guidance for me through some very difficult, unprecedented times in my life with your extensive knowledge, body synergy therapy and a very positive, healing energy, with a focus on me – how I feel and what I need.”

“Georgena understands the overwhelming grief of losing a child from suicide as she lost her son Reed. What she did for us in 3 short months is amazing. Her work with both of us has allowed us as parents to reach a place from where we can both progress through grief to health.”